Earlier today, the B.C. Supreme Court released its judgment in the case of Hawkins v. Espiloy 2014 BCSC 1804, where the 30 year old Plaintiff was injured in a rear-end collision while completing her nursing degree.

As a result of the accident, the Plaintiff experienced pain, bilateral foot numbness, and several episodes of urinary incontinence, in the weeks and months following the accident. Injuries and the effects of medications used to treat her numerous symptoms prevented the plaintiff from attending her required practicum sessions, and compromised her ability to concentrate during classes. Within months of the accident, the Plaintiff had experienced significant physical and psychological changes. With changes in medication, the Plaintiff did experience some relief and was able to graduate from her nursing program. Initially, the Plaintiff accepted a full-time position as an acute care nurse, a goal she had worked toward from a young age, but shifted to part-time work within seventeen months, on account of her physical limitations. 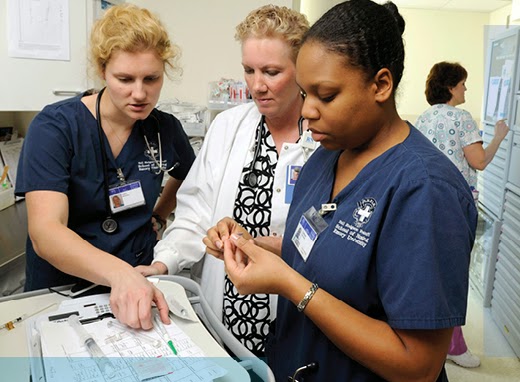 The Defendant made submissions suggesting that the Plaintiff’s move from full-time to part-time work was made for the purposes of both scheduling certainty and work-life balance, questioning whether injury factored into this decision at all. Madam Justice Fenlon dismissed these submissions, stating:


[56]      I find that the plaintiff has established that she is working part-time because of her injuries and not by preference. I earlier alluded to Ms. Hawkins’ testimony concerning her passionate desire to serve her community as a full-time acute care nurse. If Ms. Hawkins really was interested in working less and enjoying life more given the low cost of living in Mackenzie and her relative financial security, she could have worked part-time from the date of her graduation. In this regard it is telling that she did not apply for the permanent part-time position when it was first created in April 2013 despite being urged to do so by her family. She applied only in August 2013, as her ability to cope declined, when she finally and reluctantly admitted that she could not continue as she had been.

[57]    The defendant points out that the plaintiff’s sick days did not increase as her 17 months of full-time work at the Mackenzie Hospital unfolded. While that is true, I attribute it to Ms. Hawkins’ general stoicism and her sense of responsibility to her patients. I accept that it was the avocational aspects of her life that increasingly suffered, rather than her attendance at work.The Defendant further argued that the Plaintiff’s pregnancy also supported the Defendant’s position that the Plaintiff reduced her hours to part-time work as a matter of choice and not necessity.

[60]     The description of Ms. Hawkins’ pre-accident energy and work ethic is not consistent with someone who prefers leisure time. I accept Ms. Hawkins’ testimony that she always planned to be a full-time worker. Both Justin Hawkins’ parents and Ms. Hawkins’ parents live in Mackenzie and are eager to provide childcare. I find it highly probable that Ms. Hawkins would have worked full-time throughout her career but for the accident, other than during maternity leaves.

[61]      In summary on this issue, I find Ms. Hawkins chose to work part-time because her injuries make full-time work unsustainable. 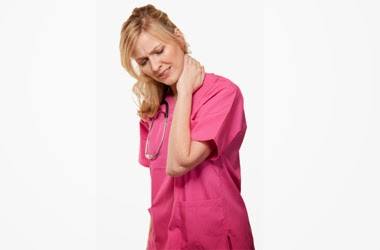 In assessing the Plaintiff’s loss of future earning capacity, the Court found that the Plaintiff was likely to suffer significant out-of-pocket loss as a result of employment limitations caused by the accident, stating:

[66]     In assessing damages, the out-of-pocket loss to the plaintiff due to her lost earning capacity must take into account contingencies, both negative and positive: Milina v. Bartsch (1985), 49 B.C.L.R. (2d) 33 at 79 (S.C.). Such contingencies include the potential for improvement in health, opportunities for advancement, loss of employment, and the usual chances and hazards of life.

[67]     Mr. Wickson, a consulting economist, calculated the loss of future earnings at $852,400 based on the difference between full and part-time earnings. However, that base calculation must be adjusted for positive and negative contingencies. In the case before me, the plaintiff might in future work more than 0.62 of a full-time position. Ms. Hawkins testified that she accepted on average one extra shift per month. This contingency would therefore decrease the magnitude of the loss.

[68]     The plaintiff might also become accustomed to better managing her chronic pain and may be able to increase her regular hours of work.

[69]     On the negative side, as Ms. Hawkins ages, Dr. Filbey predicts that her condition may worsen, making it more difficult for her to continue in her physical job, even on a part-time basis.

The Defendant made submissions calculating $25,000 as adequate compensation for the Plaintiff’s loss of future earnings.

The Court responded to this submission, finding:

[72]     The plaintiff is 30 years old. She has a career of 35 years ahead of her. I accept that the plaintiff has lost capacity for work due to her injuries and that she will suffer a significant out-of-pocket loss as a result. Damages are not a precise calculation but an estimate of loss. I fix that loss at $525,000.

Finally, in dismissing the Defendant’s argument that the Plaintiff failed to mitigate her losses by not seeking formal accommodation from her employer, the Court held:

[77]     The defendant has the burden of proving the plaintiff could have avoided all or a portion of her loss. This involves proving two elements:  first, that the plaintiff acted unreasonably in not taking the step advocated by the defendant; and second, the extent, if any, to which the plaintiff’s damages would have been reduced had she taken that step:  Chiu (Guardian ad litem of) v. Chiu, 2002 BCCA 618 at para. 57. The test is a subjective/objective one, which takes into account the knowledge possessed by the plaintiff in considering the advocated step:  Gregory v. Insurance Corporation of British Columbia, 2011 BCCA 144 at para. 56.

[78]     Although in both Chui and Gregory the alleged failure to mitigate involved recommended medical treatments, this test has also been applied in cases where the defendant alleges the plaintiff ought to have mitigated his or her loss by seeking formal employment accommodation or other positions within his or her field:  Gallina v. Honda Canada Finance Inc., 2014 BCSC 974 at paras. 122-131; Sendher v. Wong, 2014 BCSC 140 at paras.126-132, 139-145.

[79]    In the present case, the defendant has not proved the second component of the mitigation test. There is no evidence before me either that accommodation was available or that if it were, it would have permitted Ms. Hawkins to work more than 0.62 of a full-time position.

[80]      In summary on this issue, the defendant has not established that the plaintiff failed to mitigate her losses.

posted by Collette Parsons at 8:27 AM

Thanks for sharing out this content it are really fastidious.Michigan auto accident lawyer Vist Site Elia & Ponto