No 'Failure to Mitigate' Reductions for Refusal of Medical Marijuana

In the March 2014 decision of Mr. Justice Baird in Glesby v. MacMillian,2014 BCSC 334, the Court found that the plaintiff could not be penalized on the defendant’s argued grounds of failure to mitigate, due to her refusal to use medical marijuana .

At the time of the accident, the plaintiff was a 24 year old student teacher. She was a fully-belted back seat passenger in a vehicle that was struck from behind while stopped at a red light. The collision resulted in pain and discomfort in the plaintiff’s neck, shoulder, and upper back, which remained unresolved four years after the accident. The plaintiff claimed damages for losses she had allegedly incurred as a result of the April 2009 motor vehicle accident. 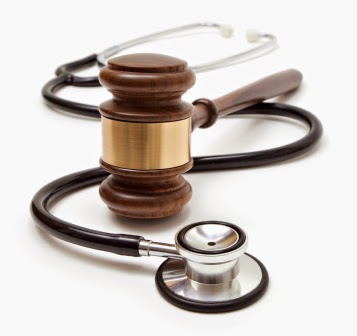 Among other submissions at trial, the defendant argued that the plaintiff had failed to mitigate her losses by her refusal to follow various aspects of medical advice given to her by a number of physicians, including the use of medical marijuana to manage her pain. The Court noted:

[47]        Dr. Hershler examined the plaintiff on May 2, 2013, some five months before trial. His diagnosis was much the same as Dr. Kleinman’s, but without discussion of a possible interrelationship of physical and psychological factors. Soft tissue injury and chronic pain were the culprits, he said, and echoed Dr. Kleinman’s recommendation that the plaintiff should embark upon a core strengthening program. He also encouraged the plaintiff to consider the use of medical cannabis to manage her pain. The plaintiff has not taken this advice, either. She has reservations about the legality of the acquisition and use of cannabis, and, in any event, she is a committed life-long abstainer from narcotics and drugs of all sorts.

While the Court did find a number of the plaintiff’s refusals of other treatment recommendations to be unreasonable and reduced damages accordingly, Mr. Justice Baird stated the following, with regard to the advised medical marijuana use and the plaintiff’s subjective beliefs:

[69]        I decline to find that the plaintiff failed to mitigate her losses by not taking medical cannabis. Dr. Hershler’s advice came after the end of what, for the reasons just stated, I consider to be a reasonable recovery period. In any event, I accept as sincere the plaintiff’s reservations about the acquisition and use of cannabis.

This is not to say that subjective belief contrary to the form or frequency of an advised therapy can always (or even often) cause a plaintiff to avoid penalty, where mitigation of damages is in issue. The question of “reasonableness” of refusal remains one of fact; it is for a judge or jury to consider all the circumstances of a plaintiff’s refusal to follow medical advice. The rule in Janiak v. Ippolito [1985] 1 SCR 146, which states that when assessing damages, the courts must consider what a reasonable person would do in order to minimize losses resulting from a given injury, is not a hard and fast rule. There are limits to a plaintiff’s duty to mitigate, and this case has established that a physician’s recommendation of medical marijuana falls outside the reasonable expectations of a plaintiff who holds beliefs contrary such an endorsement.

posted by Collette Parsons at 5:31 PM