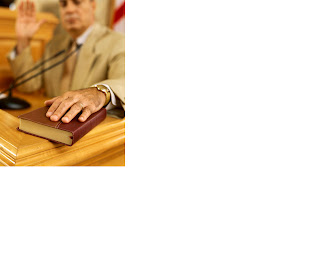 In a recent case, Drodge v. Koza, 2011 BCSC 1316, Madam Justice Dardi of the BC Supreme Court held that the opinion of one of ICBC's most widely used psychiatrists should be given no weight, because Judge Dardi commented, Dr. Solomon was not an impartial expert:

[53]         In my view, Dr. Solomons was not an impartial expert providing a balanced discussion on Mr. Drodge’s condition. Overall, I found his evidence lacking the sufficient degree of objectivity to be of any real assistance. In the result I have accorded his opinion little weight.

According to ICBC's financial records Dr. Solomons billed ICBC $1,008,997 in 2009 for medical reports he provided to ICBC.  Given his financial relationship with ICBC Judge Dardi's finding that Dr. Solomon is not an impartial expert is not suprising.

The full text of Judge Dardi's comments about Dr. Solomon are as follows:

[49]         Dr. Solomons is a qualified psychiatrist who at the request of ICBC examined Mr. Drodge on July 9, 2009, and prepared a report dated August 2, 2009. At trial I ordered that certain contents of his report be expurgated, on the basis that the statements were not properly admissible opinion evidence.

[50]         Dr. Solomons opined that Mr. Drodge did not sustain any functional brain injury as a result of the accident; nor did he develop any psychiatric condition or disorder as a result of the accident. It is Dr. Solomans’ view that the pre-conditions for the diagnosis of post-traumatic stress disorder were not met in this case. Rather, in his opinion Mr. Drodge presented with non-specific stress symptoms that potentially related to a number of causes, including physical pain, unemployment, financial constraints, and boredom. Other than some stress associated with his financial difficulties, he opined that Mr. Drodge’s present psychological status is “essentially normal”. Insofar as a prognosis, Dr. Solomans opined that there are no cognitive or psychiatric concerns, and that Mr. Drodge has no psychiatric or neuro-cognitive impediments for any vocational activities.

[51]         In cross-examination Dr. Solomans admitted that a person could suffer from cognitive symptoms as a consequence of severe headaches. He agreed that headaches of this nature could affect someone’s mood and their ability to work, and that the headaches could therefore be disabling.

[52]         Although Dr. Solomons maintained that Mr. Drodge did not exhibit any cognitive difficulties during his interview, the evidence supports a finding to the contrary. In cross-examination he acknowledged that his notes from the interview indicate as follows:

Not had cognitive tests. Then he says did. Query name. Not remember when. About 18 months to two years ago. Not remember the feedback about the test results.Not recall anything about it at all, not even why he was treated.

[53]         In my view, Dr. Solomons was not an impartial expert providing a balanced discussion on Mr. Drodge’s condition. Overall, I found his evidence lacking the sufficient degree of objectivity to be of any real assistance. In the result I have accorded his opinion little weight.

posted by Collette Parsons at 2:21 PM

I high appreciate this post. It’s hard to find the good from the bad sometimes, but I think you’ve nailed it! would you mind updating your blog with more information? https://larsennash.com/

You've provided quite good information here. This is fantastic since it expands our knowledge and is also beneficial to us. Thank you for sharing this piece of writing. concierge psychiatrist