Unidentified Drivers: If You Are Involved in a Hit and Run Accident You Must Take Immediate Steps 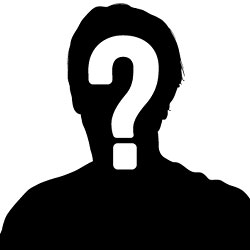 In British Columbia if you are injured by an unidentified driver section 24 of the Insurance (Vehicle) Act, R.S.B.C. 1996, c. 231 (the "Act") provides a statutory right of action enabling a plaintiff involved in hit and run accident to sue ICBC as a defendant in certain circumstances in the place of an unidentified driver.  However, s. 24(5) imposes an obligation on plaintiffs who seek to take advantage of this avenue of recovery.  An injured person is obliged under s. 24(5) of the Act to take all necessary and reasonable steps to establish the identity of the unidentified driver who caused the accident as though section 24 did not exist.

The March 2, 2011 decision of Morris v. Doe, 2011 BCSC 253, involved an individual driving in his vehicle with his wife when he was rear ended.  He got out of the car checked the damage and motioned to the other driver who hit him to pull over in a parking lot which was 30 meters up the road.  There was also a witness to the accident who followed the plaintiff towards the parking lot.  Unfortunately the car that rear ended the plaintiff did not actually turn into the parking lot and fled the scene.

Madam Justice Ker determined that the plaintiff failed to prove that he complied with the requirements of s. 24 (5) of the Act and therefore was not entitled to claim damages against ICBC under s. 24 of the Act, and the action was dismissed.    In the reasons, Ker J. stated that the test to determine whether all reasonable efforts have been made is as follows:

[52]         To put it another way, the appropriate test to determine whether all reasonable efforts have been made is: Did the plaintiff do all that she would have to identify the other parties involved if she intended to pursue legal action against them, if ICBC were not potentially liable under s. 24 of the Act?: Goncalves v. Doe, 2010 BCSC 1241 [Goncalves], at para. 6.


[53]         What is “reasonable” in similar circumstances has been interpreted as synonymous with “logical, sensible, and fair” but does not include efforts which are “absurd, whimsical or unwarranted:” Tessier at para. 14; Slezak v. ICBC, 2003 BCSC 1679 [Slezak], at para. 40. The test, however, is not whether Mrs. Morris made “best efforts;” it is whether she made “reasonable efforts” to ascertain the identity of the driver: Hocaluk at para. 54.


[54]         Two specific time periods are relevant under the s. 24(5) inquiry: the time of the accident and the days or weeks following the accident. If reasonable efforts could not be made at the time of the accident, e.g. due to shock or injury; a belief that the party has not sustained any injury; or the driver fled the scene before information could reasonably be obtained, the court examines the steps taken by the plaintiff to ascertain the identity of the negligent driver in the days or weeks following the accident. What constitutes all reasonable efforts is a factual issue decided on a case by case basis.

[55]         An examination of the jurisprudence on what constitutes reasonable efforts reveals the following principles:

b.       failure to record a licence plate number at the time of the accident when the plaintiff has the opportunity to do so or obtain information as to the driver’s identity, either personally or through the assistance of others, but does not take advantage of the opportunity amounts to a failure to take reasonable steps at the time of the accident: Burley at paras. 23-24; Watson v. Insurance Corporation of British Columbia, 2004 BCSC 1695 [Watson]; Cannon v. ICBC, 2005 BCSC 602;

e.       where a plaintiff does notify the police of the accident, it is not reasonable for them to simply assume the police will make the necessary inquiries without following up with the police and checking to see if there was an investigation and if so what progress was being made in it: Becker at paras. 17-18; Tessier at para. 17; Goncalves at para 23;

f.        simply reporting the matter to the police and ICBC, without more, has led to the dismissal of a plaintiff’s action for failure to comply with the requirement of taking all reasonable steps to ascertain the identity of the driver: Meghji v. ICBC, [1998] B.C.J. No. 3107 (P.C.) (QL);

g.       where the police attend the scene of the accident and take witness statements and indicate they are investigating the hit and run accident, it may not be necessary for the plaintiff to take any additional steps, depending on the circumstances: Hough v. Doe, 2006 BCSC 1450 [Hough], at paras. 16-17 & 21; Ingram at para. 13;

h.       a plaintiff placed in a position of danger at the time of the accident cannot be expected to remain in that position to obtain details of a licence plate and movement to a position of safety before trying to obtain any licence information does not constitute a failure to take reasonable steps at the scene of the accident: Nelson at paras. 19-20;

j.        failing to post signs at the scene of the accident or place advertisements in the newspaper in a timely manner or in a manner that provides insufficient detail where it is possible that there were potential witnesses who may have information about the accident will result in a denial of coverage under s. 24 of the Act: Johal; Fan; Burley; Becker; Nelson at paras. 21-22; Jennings v. ICBC, 2002 BCSC 341;

k.       repeatedly canvassing regular patrons of the business where the plaintiff’s vehicle was damaged in the parking lot of the business may constitute reasonable steps to ascertain the identity of the driver: Janzen v. Insurance Corporation of British Columbia, 2004 BCPC 437;

l.        posting signs and advertising in local newspapers may not be a reasonable step where the accident occurs on a high speed area of highway or a on highway in an area that is undeveloped and sparsely populated: Hough at para. 24; Goncalves at para. 16-21;

m.      once it is found that a plaintiff acted reasonably in believing they had the information that would be required, such as a licence plate number, there is no onus cast upon them to undertake a highly speculative further investigation upon being advised they have the wrong license plate number: Smoluk v. ICBC (1993), 26 B.C.A.C. 23 [Smoluk]; Walker v. Farnel (1995), 36 C.C.L.I. (2d) 312, at para. 24;

n.       a plaintiff will not be foreclosed from pursuing ICBC as the nominal defendant in a hit and run case where they rely upon information provided by the offending driver that subsequently turns out to be untruthful: Mudrie v. Grove, 2010 BCSC 1113, at paras. 33-36;

o.       failure to follow up on directions to take additional steps such as posting signs for witnesses or advertising, once advised the recorded licence plate number is incorrect will result in a denial of coverage under s. 24 of the Act: Watson;

p.       failing to make a timely report to the police and failing to follow up on available information from the scene of the accident such as information in the possession of ambulance personnel who attended the scene will result in a denial of coverage under s. 24 of the Act: Johal;

q.       the failure of ICBC adjusters to advise the plaintiff that other steps to try and ascertain the identity of the driver should be undertaken does not relieve a plaintiff of the obligation to take all reasonable steps to ascertain the unknown driver’s identity: Tessier at para. 19.


[56]         As the jurisprudence demonstrates, what constitutes reasonable steps varies with the circumstances of each case. However, where it was not reasonable to obtain information that would assist in ascertaining the identity of the driver at the time of the accident, taking no steps at the second stage in the days or weeks after the accident, cannot amount to discharging the clear onus placed upon a plaintiff to take reasonable steps to ascertain the identity of the unknown driver.

With regard to the first period of time after the accident as described, Ker J. held that the plaintiff did act reasonably at the time of the accident:

[66]         In the circumstances, the plaintiff and her husband acted reasonably at the time of the accident but could not obtain the required information because the driver had fled the scene.

[75]         It cannot be said in these circumstances that at least making the effort to post signs and advertise in a local newspaper in an effort to seek out potential witnesses was “absurd, whimsical or unwarranted.” On the contrary, such steps are entirely “logical, sensible and fair.” Such steps are not onerous and could well have provided a source of potential witnesses. The suggestion that advertising or posting signs likely would not produce witnesses in these circumstance cannot be used as a justification for failing to do so. It is not reasonable to operate on the assumption that a contemporaneous advertisement or posting of signs at the intersection would not elicit some assistance in ascertaining the identity of the unknown driver: Becker at para. 16; Godara at para. 51. If that was an acceptable assumption, then the jurisprudence would not require the plaintiff take such a step where the circumstances indicate it might assist. In many other cases such steps were undertaken, albeit to no avail, but at least the plaintiff endeavoured to take some steps to try and ascertain the identity of the negligent driver. In this case, the plaintiff failed to take any such step at all, apart from notifying the police in the 9-1-1 call and reporting the incident to ICBC.

posted by Collette Parsons at 9:13 AM