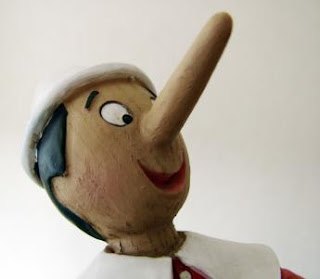 In a decision released by the Supreme Court of BC on February 1, 2011, in a case indexed as Edmondson v. Payer, 2011 BCSC 118, Mr. Justice N. Smith decided a personal injury law suit stemming from an automobile accident.  In his reasons he was critical of ICBC's attacks on the Plaintiff's credibility given that they were made without any basis or foundation in fact.  Smith J. discussed ICBC's attacks on the Plaintiff's credibility as follows:

[22] Counsel for the defendant described the plaintiff as “litigation focused” and “claims conscious” and submitted she recovered from her injuries long ago but “refuses to admit it while there remains the potential to improve her financial position.”  I have some difficulty reconciling that submission with another submission made by the defendant−that the long periods during which the plaintiff sought no medical advice or treatment for her injuries “point to her having recovered from her injuries and call into question the reliability of her current complaints.”  One would think that a plaintiff attempting to build evidence in support of a false or exaggerated claim would make sure that self-serving complaints appeared frequently in the medical records.

In the case Mr. Justice N. Smith also provided a helpful discussion concerning the limits of the use of clinical records:

[38] The introduction of clinical records cannot be used to circumvent the requirements governing expert opinion evidence set out in Rule 11-6 of the Supreme Court Civil Rules, B.C. Reg. 168/ 2009 [Rules].  A medical diagnosis−and the reasoning that led to the diagnosis−is a matter of expert opinion.  Clinical records are admissible for the fact that a diagnosis was made, but the court cannot accept the diagnosis as correct in the absence of proper opinion evidence to that effect.  Depending on the facts and issues in a particular case, the mere fact that a diagnosis was made may or may not be relevant.[39] Clinical records may provide the assumed facts on which an expert may offer an opinion, including diagnosis.  For example, statements made by the plaintiff and recorded in clinical records at various times may be relied on by a defence expert in concluding that the plaintiff’s current symptoms are the result of a condition that pre-dated the accident.  That does not mean that the court can itself use clinical records to arrive at a medical diagnosis in the absence of expert opinion.

posted by Collette Parsons at 7:27 AM