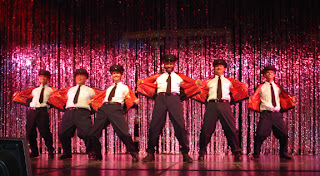 In Tai v. Lam, 2010 BCSC 1819, ICBC defence counsel demanded 4 1/2 years worth of the Plaintiff's bank statements and a plethora of the Plaintiff's business records. In dismissing the application, Master Baker held that the new rules of civil procedure did not provide for the onerous level of document production advocated by ICBC:

[5] I am not going to make the order sought. I agree entirely with Mr. Bolda's view of this, which is that it is essentially one production too far, that the information and details sought goes beyond what is reasonable, even on a redacted basis. To ask that all the bank statements be produced is a broad, broad sweep.

Master Baker reasoned that simply because an individual initiates a personal injury action that act does not licence the defence to access every document in a Plaintiff's life.  Master Baker alluded to ICBC's requests being akin to "Full Monty" disclosure:

[6] Sitting here listening, it struck me, it is as if a party who commences proceedings and says, "look, I have been injured and I have suffered financial losses" is inviting some kind of a Full Monty disclosure, that they are expected to produce all financial information they might ever have out there. Even if it is suggested or offered today that that be done on a redacted basis, it is still, in my respectful view, a requirement for production that is excessive.[7] It certainly raises big issues about privacy and if one says, "well, redaction would fix that", what does it take for counsel to sit down and patiently, carefully redact their client's bank records for four and a half years? If that is not a question of confidentiality and privacy, it is a question of proportionality, which is just as concerning to me today as the other issues.[8] The banking records. I am also persuaded by Mr. Bolda'sTai's income, and I cannot see the value in that perspective.Master Baker concluded by ruling that with the new rules of civil procedure there has to be a greater justification for the production of documents in a case:[9] I know that until recently the standard in this province was Peruvian Guano and locally Dufault v. Stevens, but that standard has changed. There has to be a greater nexus and justification for the production of the documents in a case, and I am satisfied that that standard has not been met here today, so that the application is dismissed.

posted by Collette Parsons at 7:06 AM