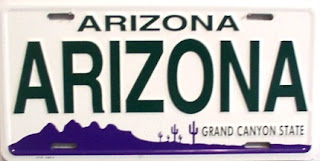 Out of Province vehicles are able to drive in to British Columbia and British Columbians are able to drive their vehicles out of BC in to other jurisdictions because the insurance companies who insure vehicles in the United States and Canada have filed in each North American jurisdiction a document called a Power of Attorney and Undertaking ("PAU").  A PAU is essenttially a promise to the world that that if a driver of car from another jurisdiction gets in to an accident in BC, their insurance company will not raise a defence that is not available in BC.  The reciprocal is also true, if you drive your BC vehicle into another jurisdiction and get into an accident ICBC is bound by the PAU it filed in that jurisdiction from raising any defence on your behalf that is not available in the jurisdiction.  One practical implication of the PAU's filed in BC is that when vehicles from the United States, or other Canadian Provinces, drive in to BC their insurance companies must match our Provincial insurance minimums - regarless of whether the contract of insurance in question provides for lower insurance policy limits.  Insurance companies don't like having to pay more than the limits dictated in their policies.  The BC minimums are $200,000 for third party liability and $150,000 for no-fault medical expenses.

This principle was recently applied in a case called Moldovan v. ICBC, 2010 BCSC 1778.  In the case an Arizona insurance company, Republic Western Insurance Company, was forced to pay rehabilitation benefits up to the $150,000 BC limit all though the policy they wrote in Arizona provided for much lower insurance policy limits.

In the case Madam Justice Loo of the BC Supreme Court stated as follows:

[36]         The plaintiff’s appeal is allowed, the order of Master Keighley pronounced November 13, 2009 is set aside and the following order substituted in its place:
a)    Republic Western Insurance Company be added as a defendant;
b)    The style of cause be amended accordingly;
c)     The plaintiff has leave to amend the Writ of Summons as set out in schedule  “A” to the Notice of Motion dated September 4, 2009; and
d)    The plaintiff is entitled to its costs of this appeal and costs of the application before the Master, in any event of the cause.

posted by Collette Parsons at 5:14 PM

Thanks so much for this information. I have to let you know I concur on several of the points you make here and others may require some further review, but I can see your viewpoint. Larsen Nash