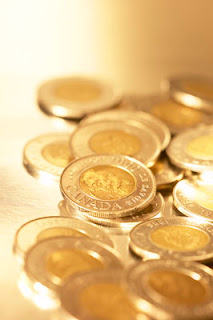 Historically in Canada past and future income loss awards in personal injury cases were not subject to a reduction for taxes.  The rationale seemed to be that it was up to the legislature to impose a tax on personal injury awards, not the Courts.  The Courts would simply award gross past and future wage loss amounts based on the evidence in a case without any consideration of the taxes that would have been been paid if the accident had not happened and the plaintiff had actually earned the income awarded in the case.  This significantly assisted plaintiffs attempt to achieve full compensation for their injuries in personal injury cases.

Following the changes to the Act in 1997 there have been a number of decisions from the BC Supreme Court and Court of Appeal considering how net past wage loss deductions should be calculated.  This issue is important because the method by which the deductions are calculated can have a significant impact on the amount a plaintiff is awarded.

Some of the key issues concerning the method of calculation that have been considered by our Courts are: (1) whether past income should be calculated as though it was earned in each of the years before the accident in which it is claimed, or, as though it was earned on a lump sum basis in one year; and (2) if the plaintiff has residual earning capacity and actually earned some income in any of the years for which past income loss is claimed, should the lost income be added to the actual income earned, or, be considered on its own when the Court decides which marginal tax rate to apply to the past income loss.

In Laxdal v. Robbins the BC Court of Appeal clarified how net past wage loss is to be calculated in motor vehicle accident injury cases.  The Court held that, (1) if there is evidence to establish that the past income loss is attributable to a particular year the loss should be calculated on a yearly basis rather than as a lump sum for all years as though it was earned in one year.  This benefits Plaintiffs because a higher marginal tax rate would apply if past wage loss stretching over a number of years were considered as though it was earned in one year.  The Court also held that (2) when a Judge is considering what the appropriate marginal tax rate is in each year the income was lost, the lost wages should be added to the actual income earned by the plaintiff in that year.  This bad for Plaintiffs as it means that a higher marginal tax rate will apply to a plaintiff's past loss if the plaintiff is not totally disabled in the years leading up to trial and earns income in any of the years.

The Court stated as follows on these issues in Laxdal v. Robbins, 2010 BCCA 565:

posted by Collette Parsons at 9:18 AM