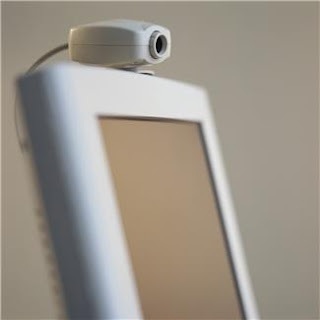 In reasons posted on the BC Supreme Court Website on November 8, 2010, Madam Justice Beames, of the Supreme Court of BC, gave reasons ordering, pursuant to section 73(2) of the British Columbia Evidence Act, that a number of expert witnesses and lay witnesses could testify in a brain injury trial, taking place in Kelowna British Columbia, by way of video conferencing rather than attending in person.  This decision is significant because ordinarily the witnesses would have to have attended the trial in person.  The majority of the witnesses in the case lived in Ontario and it was estimated it would have costs more than $50,000 to bring them all out to testify due to travel expenses and expert fees for travel time.

When a plaintiff goes to Court to prove his or her case the plaintiff is responsible to pay all of the reasonable and necessary out of pocket expenses to prove the case.  If the plaintiff wins the losing party must pay the expenses back.  If the plaintiff loses, the plaintiff is responsible for the expenses.  In cases were doctors and experts have to be flown in from far away the costs can mount quickly and this can add a lot of risk to a plaintiff who will be responsible for the expenses if they are not successful at the end of the case.  This decision regarding the application of section 73 of the Evidence Act allows Plaintiffs the option to use a more cost effective option when proving their cases if they have out of town witnesses.  In the decision Madam Justice Beames stated as follows:


[8]             The defendant says that s. 73(2) is intended to apply in relatively rare circumstances, and to individual or a limited number of witnesses. He says that there is no authority for what the plaintiff proposes, namely to call 11 of his 28 witnesses via videoconference, over an estimated 22 hours. He says that five of the lay witnesses, whose evidence may bear on the largest component of the plaintiff’s claim, his loss of opportunity to earn income, are in fact key witnesses, rather than “not so important” witnesses. The defendant says that credibility of the witnesses is a central issue, and that credibility cannot adequately be assessed if the witnesses are called by way of videoconference rather than being physically present in the courtroom. It is the defendant’s position that the cost of having the witnesses attend in Vernon for the trial pales in comparison to the multi‑million dollar claim being advanced by the plaintiff. It is his position that it would be fundamentally unfair to limit the defendant’s counsel’s ability to have a full and complete cross-examination of the witnesses, which he says can only occur if the witnesses are physically present in the courtroom. Of particular concern to the defendant are the plaintiff’s expert witnesses who were specifically retained for litigation purposes as opposed to being treating physicians. Those three witnesses are Dr. Berry and Dr. Scher, both of whom practice in Ontario, and Dr. Travlos, who practices in Vancouver. The defendant asserts all three are important witnesses. They were retained after the action had been commenced in Vernon, British Columbia, which, the defendant points out, was the plaintiff’s choice. The defendant proposes, as an alternative to the use of videoconferencing, that the evidence of the witnesses in Ontario be taken by commission from a location in Ontario, with plaintiff’s counsel, defence, and the court travelling to Ontario for that purpose.
[9]             There is no question that the Rules of this province, enacted in 2010, have a new or at least renewed, emphasis on the just, speedy and inexpensive determination of a proceeding on its merits, which involves a consideration of proportionality. There is also no question that various forms of technology have been employed on a more frequent basis recently, in all court proceedings, including trials. Advances have been made in the quality of communication via videoconferencing, which has all but eliminated the problems often associated with videoconferencing in the early days of its use, which involved time delays in the transmission and which in turn frequently resulted in counsel and witnesses talking over each other and which made for a less than satisfactory method of conducting both direct or cross examination. I have, in the recent past, found videoconferencing to be an acceptable and satisfactory method of receiving evidence from a witness, which has not inhibited assessment of credibility or the finding of facts. Although at first blush 22 hours worth of evidence via videoconference seems to be a significant amount of time, it must be borne in mind that this trial is scheduled to last for six weeks, and the proposed videoconferencing would consume but four days of the trial.
[10]         I am not convinced, as submitted, that it would be “fundamentally unfair to the defendant to deprive him of the opportunity to have witnesses properly cross examined” in person in the courtroom. Proper and full cross examination can take place even when witnesses are appearing via videoconferencing. In my view, this is particularly so where the witnesses are experts and where credibility per se is not in issue and it is also the case where the evidence a witness may give is not overly contentious. On the other hand, the plaintiff cannot, alone, determine which witnesses are “important” and therefore should attend in person, and which witnesses are “not so important” and therefore should be permitted to testify via videoconferencing.
[11]         I am also mindful of the submission that cross examination of the experts will be difficult if conducted via videoconferencing, as a result of the number of documents each witness may be asked to review. However, videoconferencing can be accompanied by equipment at each end of the transmission that allows both the expert and the examiner to view the same document. Further, the experts’ files are required, under the new Rules, to be produced for review by opposing parties, on request, at least 14 days before trial. File contents may be organized and numbered in such a way as to minimize any concerns with respect to the use of documents during direct or cross-examination via videoconferencing. I am satisfied that any need to refer experts to documents can be satisfactorily accommodated and does not mean that experts should not be permitted to testify via videoconferencing.
[12]         Bearing all of the evidence and submissions of counsel in mind, and attempting to balance the interests of the parties, I have concluded that the following witnesses should be permitted to testify by videoconference: Mike Willems, Frank Durant, Dr. Marshall, Dr. Stimac, Dr. Berry, Dr. Scher, and Dr. Travlos. With respect to the remaining witnesses, each, as I understand the submissions, has something to say about the plaintiff’s most significant claim, his loss of opportunity to earn income, in that each either works with or supervises the plaintiff in his current employment. Given their relationships to the plaintiff, the possibility that their evidence will be very contentious, and that none of them have provided the court with any indication that they will be personally inconvenienced or suffer hardship as a result of testifying in person in Vernon, they will be required to testify in person if the plaintiff does indeed call their evidence at trial.
The decision can be found at:
http://www.courts.gov.bc.ca/jdb-txt/SC/10/15/2010BCSC1576.htm

posted by Collette Parsons at 8:03 AM